Malta’s Culinary Trail: A Story from the Farm to Fork

December 22, 2022
Article by the Association of Catering Establishments (ACE)

The acquisition and preparation of food holds a central position in the development of societies, from prehistoric times to the present day.

Apart from its physiological importance, food is also a cultural phenomenon. As a cultural object, food is a means through which humans develop a communal identity. Food is a paramount marker of ethnic consciousness and an important contributor towards the formation of historical identity.

Although there is a clear Maltese identity in various key areas, the country still lacks a clear local imprint in the culinary industry. Indeed, fifty years following Malta's Independence, Malta's culinary identity is still an open discussion. Despite the lack of a clear food trail, Malta has all the requisites to develop a clear identity.

Agriculture and fisheries in Malta is as old as man’s presence on the island. The Phoenicians initiated the olive oil industry in Malta, while the tradition of beekeeping dates back to the ancient Greeks and Romans, who considered Maltese honey to be a prized delicacy. Later, under Arabic rule, the Maltese were introduced to new crops, such as carob, figs and citrus fruits. Under British rule the importance of agriculture as a whole began to decline as a range of new sectors were introduced, attracting a large proportion of the rural population.

Today, the Maltese agrofood industry is tiny in comparison to its European neighbours. Agricultural production and fisheries account for a little less than 2% of Malta’s GDP and 2.9% of total employment, but the industry remains culturally important to the economy. Moreover, with consumers increasingly favouring organic and traditional foods, Malta’s agricultural and fisheries sector is set to gain. Indeed, the island boasts major strengths of local produce including the indigenous grape varieties of Gellewza and Ghirghentina, which are producing some excellent wines of distinct body and flavour as well as other produce such as local potato, citrus, carob, figs, strawberries, tomatoes, honey, pomegranate, and olives as well as the small Malta June pear just to mention a few.

The same goes for specific agricultural products including local pork. Pork is the most widely eaten meat in the world, accounting for about 38% of meat production worldwide. Its consumption is nothing less in Malta. It is indeed a staple of the local diet with various traces of pork footprint in products such as zalzett Malti (Maltese sausage), mazzita (black pudding) and xikel tal-majjal (tripe). Pork was also a key component of local traditional dishes including, kawlata and majjal il-forn. This is not to mention the consumption of charcuterie products. Although pork is restricted due to food culture as well as religious restrictions and health issues, pork remains a staple of the local diet.

The constant growth in pork popularity has seen several young chefs experimenting with different cuts, some of which even represent local pork dishes. Indeed, the new generation is much more aware of its abilities and the quality of its raw material which has inevitably led to several individuals in the food industry taking local pork to another level. Some have also crossed the line experimenting with smoking, curing and salting. Chef Roderick Vella and Chef Rafel Sammut are true ambassadors of local pork and have in recent years promoted the concept of artisan charcuterie by developing the local version of coppa, soppressata di testa and guanciale. It goes without saying that such a niche sector offers several challenges including the island’s climatic conditions.
Fish

Being an island, fish is part of our culinary strength. A case in point is lampuki which is available at the end of the summer season. Notwithstanding its popularity, it is often underutilised. Various Chefs including Malcolm Bartolo, Chef Patron of Townhouse No. 3 believe that “it is a pity as it offers so many cooking options." Indeed, he is correct. I do recollect that during an interview with the former French Ambassador accredited to Malta had commended the exceptional taste and presentation of a lampuki tartar she tasted in Marsaxlokk. Fish is another sector which local Chefs are taking to another level. Indeed, the Schiavone brothers, owners of Tartarun have recently delved into the experimentation of fish charcuterie. Cured smoked amberjack, chorizo spiced fish ham, swordfish bacon and citrus cured salmon and little tunny are some of the fine fish charcuterie the Schiavone brothers are currently working on.

And what about local salt? Sea salt harvesting is probably Malta’s oldest industry. It dates back to Roman times and became popular during the time of the Knights of St John. Its large-scale production started in the 19th century. Today, the sea salt harvesting industry has reduced significantly. Indeed, although there are around 40 salt pans remaining, only a few working salt pans are left in Malta and Gozo. The most famous active salt pans in Gozo are those situated in Xwejni. Sadly, local sea salt has often been taken for granted and very little appreciation is given to the value it offers and its distinctiveness. This has led to a situation where we are at risk to lose such a long standing industry. Chef George Borg notes; “A simple caprese salad complemented with a dash of local olive oil and a pinch orange flavoured salt will do the trick. Alone, it tells a very limited story yet when you present it together with other elements it creates a different concept. It is about creating the right experience."

Wine is also a key player in Malta’s agrifood trail. The demand for Maltese wines is growing increasingly, so it’s no surprise that many brands’ supplies sell out completely within a few months of bottling. While Maltese grape growing has got ancient roots, the country’s wine manufacturing is fledgling, and contemporary viticultural practices were developed only recently. Features of vineyards in Malta and Gozo are very small properties, averaging about a third of a hectare per vineyard. Incomparable high sunlight hours, calcareous soil, normal to rather high temperatures during the vegetative season, dry summers and controlled rescue irrigation and fresh sea breeze all over the islands all underwrite a premium class grape crop, opposite for manufacturing high end superior wines.

There has been a substantial improvement in the quality of local wine produced. This is mainly due to a heavy investment by producers in research and development, the production process and in the grape itself. The island has also experienced a significant growth in boutique wines too.

Over the past years, significant efforts were made both by the individuals, the private sector and the government to develop Malta’s food trail. The quality level of local produce including olive oil, pork, and wine has improved significantly. The island also continues to enjoy a strong reputation in the production of potato and tuna just to mention a few.

The islands’ local trail has been reinforced thanks to a pool of talent the island boasts in the food industry. Their input is not only appreciated in what they create but also in their ability to create amazing dishes which exalt local produce. The efforts of leading local Chefs such as Rafel Sammut, Hany Harb, Carl Zahra, Andre Borg, Letizia Vella and James Schiavone, just to mention a few to exalt the strengths of local produce are are important for the development of Malta’s food trail. The same can be said about the impeccable work of Victor Borg, Jonathan Brincat, Joe Vella, Robert Cassar, Damian Ciappara and Andrew Borg.

Malta’s gastronomic trail has so much to offer even beyond our shores. The work of Matthew Carabott, David Vidal and Marvin Gauci is a clear proof of how far it can go. Andrew Vella, Chef Patron of Rebekah’s recently noted; “Despite the challenge local produce offers, it is all about one's ability to handle it in the right manner. You need to know its roots, its context and above all, its strengths and weaknesses. Once equipped with such knowledge, you are in a position to get the best out of the product."
The introduction of key quality standards in the industry have helped significantly. The introduction of the wine quality scheme framework based on the EU system for quality wines, which allows vintners and local wine producers to flag certified wines, either as DOK or IGT wines according to EU and local regulations is a case in point. MICHELIN’s recent recognition of Malta as a worthy world-class foodie destination is also another key step for the development of Malta’s food trail.

Nevertheless there is more to be done. Leading wine connoisseur, Fabien Etienne believes that Malta’s growth in viticulture is still conditioned by a negative perception for local wines. He notes that consumers still prefer an Italian wine rather than a local wine. Recent research has also shown that there is a certain lack of knowledge about wine certification among the Maltese.

Fabien believes; “with a proper education campaign focusing mainly on the young generation, Malta can create a culture favouring local wines.” He also believes that Malta needs to understand the opportunities the international market offers to local wines and invest further into key mediums that will raise interest in local wine. “Malta needs to step up its level and ensure a proper visibility for its wines abroad. Countries like Croatia, Bulgaria, and Slovenia are stepping up their wine, Malta has not yet made such a leap forward.”

As regards to food, there has been a significant leap forward yet a more coherent strategy is required. There is also a dire need for further investment in terms of education. In this context, the Institute of Tourism Studies as well as private entities such as the Mediterranean Culinary Academy can play a key role. The government can also help this endeavour by riding on the country’s achievements and create a more structured marketing strategy to promote what Malta can offer in such an important sector.

Omar Vella is the current secretary of the Association of Catering Establishments (ACE). He is also director of Maltapoint Ltd. and the Chief Executive Officer of Union Print Co. Ltd.. Omar is also editor of several local business, lifestyle and food magazines. 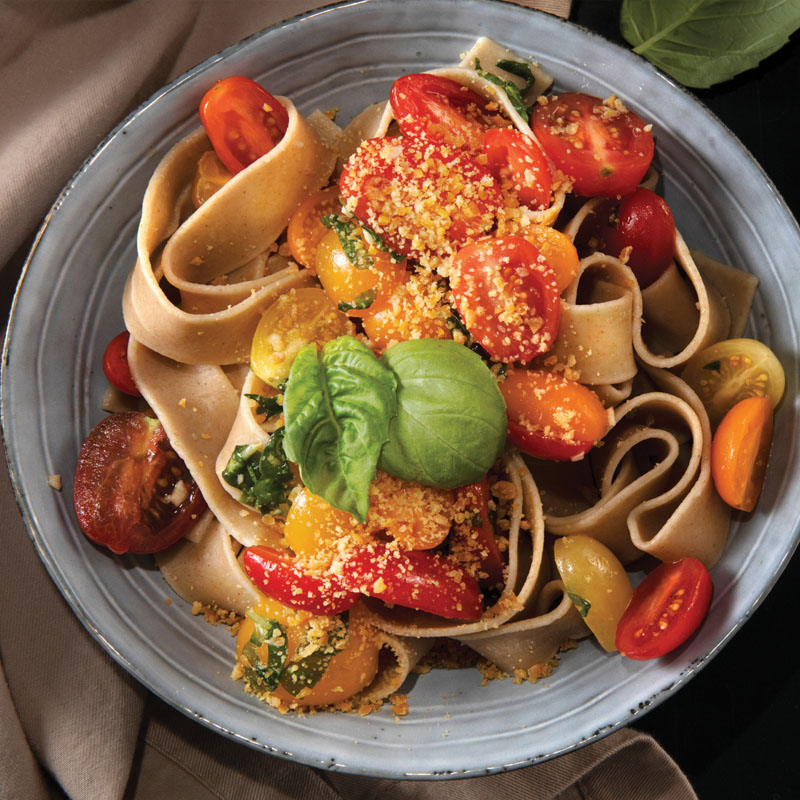