As buzzing as they come, St Paul’s Bay’s newcomer LOA is an energetic social spot for quite a variety of crowds. Whether you’re a bustling group of friends or a family looking to spend some quality time together; there’s always a perfect time at LOA.

Sitting boldly by the water’s edge, this new restaurant offers both indoor and outdoor seating, ideal for Malta’s 300+ days of sunshine per year. If you’re hoping for a vibrant night out welcomed by Loa’s goddesses who dance to the rhythm of South American beats perfect for that weekend buzz! A more tranquil lunch would seat you inside, where your view is Malta’s most magnificent St Paul’s Islands, gracefully floating on the horizon.

Catch your glimpse of the seascape through the ample windows designed quite cleverly to resemble those of a cruise ship – juxtaposed by the sleek yet natural energy of aesthetics that trickles throughout the entire restaurant. The location is a plus at LOA, not only for the views and restaurant vibe, but for the free parking (quite limited for the restaurant’s capacity) and chauffeur service back home to residents in the area – meaning you can start off with a wild cocktail.

Start off your LOA experience with Into the Wood – a Cachaca Santo Grau infused with cacao nibs, lime juice plus a mixture of açai syrup and fortified wine. If this is your starting point – which I can suggest as a great kick off drink – you’re in for quite the mixological manoeuvre.

This cocktail will make it very clear that there’s a lot of playfulness happening with this menu, both cocktail and food. From the glasses or serving vessels chosen to the ingenuity of ‘odd’ ingredients. There’s always something exciting.

The food is inspired by the streets of Peru, Chile, Argentina and Mexico. There’s also sushi on the menu – which I’m sure is lovely, given the restaurant group’s experience in Asian preparation, but seems to rub heads slightly with the theme of the restaurant. Unless, of course, the sushi is South America influenced – in that case, I’ll be curious to try it out.

South American flavours are quite natural and easily adhere to the sweet, sour, bitter, salty, umami. Thinking about South American food takes you to classics like fedjuada (Brazil), mole (Mexico), arepas (Venezuela), empanadas (Colombia) – and of course tacos, asado and chimichurri; perhaps the most cosmopolitan of South America’s cuisine, and probably the reason why the more authentic staples do not feature on the menu at LOA.

The fusion of cosmopolitan foods took us on a trip to crispy chicken town and it was good. The tender bites of Pollo Fritto were dredged in buttermilk for that tangy, yet luscious breading that is heavily spiced with a southern dry mix of sorts – rather reminiscent of your typical fried chicken take out, but far less greasy. 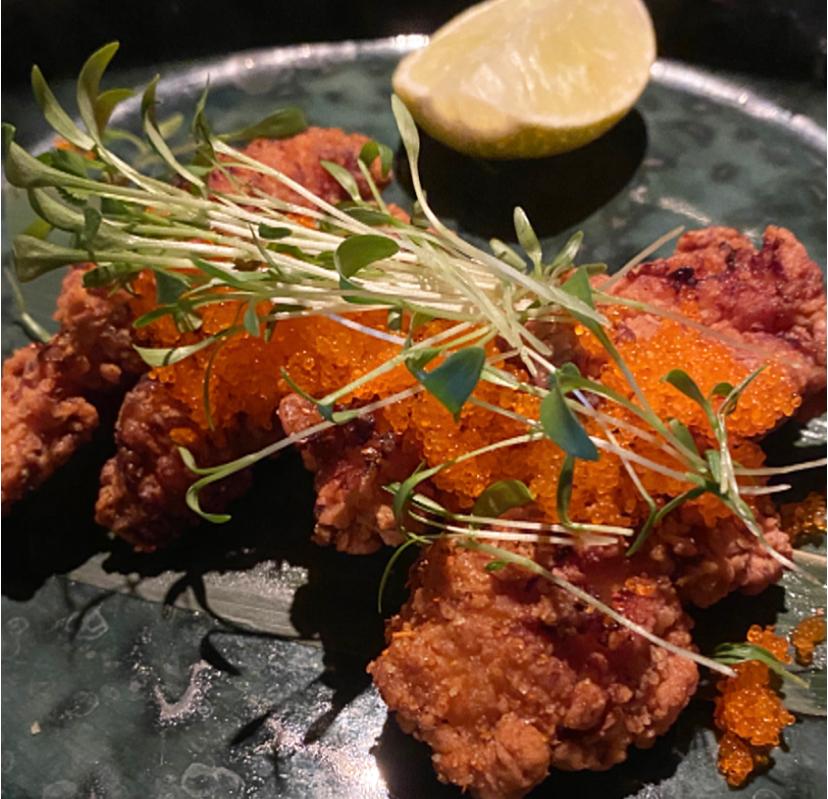 Seasoned gracefully with fine salt and a hit of lime to harmonise everything with acidity. The fresh sprouts dancing atop the chicken tenders was necessary to trim the mouthfeel to a lighter palate. The addition of caviar, although visually impactful, did not quite add to the dish in flavour, but slightly in texture contrast, which is a big aspect to understand when it comes to fried food.

Next up was the Mushroom Jalea served with a black garlic ranch. The mushrooms in the dish were light and crispy – exactly what you’d come to expect if you’ve encountered properly fried mushrooms. Since mushrooms are big hitters on the umami scale, the addition of porcini salt used to finish this fried dish was a good idea – creating a salty and mushroomy dish that brings the umami up a whole level. The raw onions add an earthy robust tone while the ranch is subtle and balancing. A cocktail top-up would be ideal at this point.

The Caribe Italiano is interesting to say the least. The rocket leaves, the aged parmesan fat-washed rum – odd. But delicious. And a great transition to the two small bites that followed. The Pork Steamed Dumplings and the Pork Tacos.

Pork is a staple protein in many cultures, Asian and South American serving some intuitive applications to the meats, herbs, spices and vegetables they use – a number of which share a shred of similarities. Every culture has a dumpling; pierogi in Poland, ravioli in the Med, gyozas in Japan, empanada in South America… but LOA went fusion with an Asian application using South American ingredients like aji panca – a Peruvian red pepper paste – and corn curry.

The dumpling was generously filled and made with fresh dough rolled thick and turgid providing a very wholesome bite. Do I wish it was an empanada? Yes. Do I want to see an empanada on the menu? Why not! Empanadas are one the most iconic street-food of South American. Something to think about perhaps, LOA. 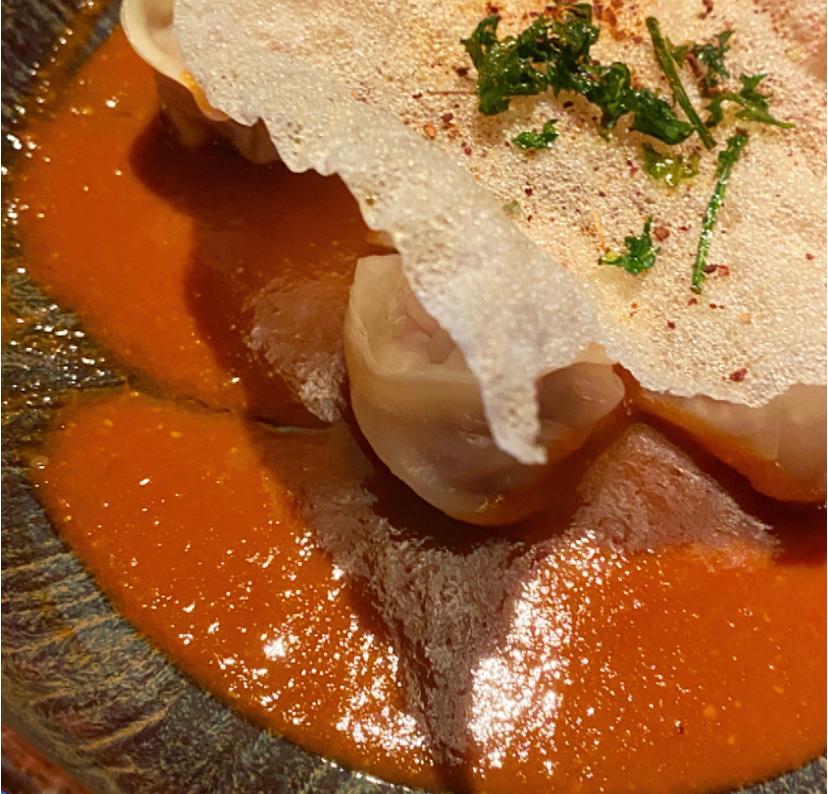 Tacos. Tacos. Tacos. You can never have enough. These soft wrap tacos were bite sized and packed with pulled pork smoothness glistening through a stewy-sauce providing the perfect texture starting point in the dish.

The pull and hold of the taco is correct, giving texture a key role in this bite. The textural elements are further extended with the addition of acidity-sparking pickles and fresh, vibrant sprouts finishing off the Smoked Pork Cheek Taco.

The same, or at the very least a similar filling is used for the Burnt Ends Bao, with the addition of beef to the mixture. Filled inside a steamed bao bun topped with house pickles and anticuchera sauce that once again features the Peruvian red chilli paste as its base flavour profile. 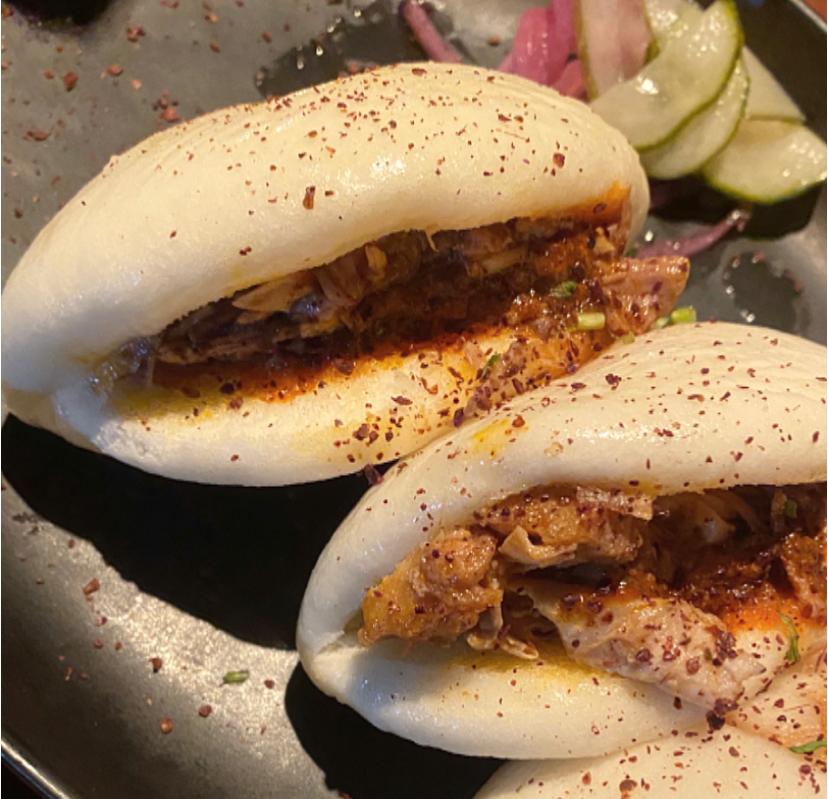 If you enjoy that smokey pulled meat texture – these are definitely something you should order at LOA. If you prefer more crunch in your bite, the Crispy Tiger Prawns are a better option – they’re citrusy, crunchy and fun. As your last few sips of your second drink dwindle away, you take a quick glance at the cocktail menu and decide you’re enjoying this sharing concept – the Mare Punch is a great choice. Gin-based and rather floral, it’s the perfect landing ground for Ribeye, Pichana, Crispy Brussel Sprouts, Papas Fritas and Bravos Chilenos.

Both cuts of meat were cooked well. The right temperature on a steak makes all the difference depending on the cut, which in turn conditions the cooking technique. The ribeye is grilled – maillard reaction guaranteed – asado style to get that true South American vibe flaming against the fat and meat of the cut.

The pichana is a tougher cut, and even though it still retained that fibrous pull, it was delicious in flavour. This cut was slow cooked to retain the delicate flavours of the cut and fight out the toughness as much as possible. Adding chimichuri and fried onions to this cut made for such a flavoursome bite, with highs and lows for texture. 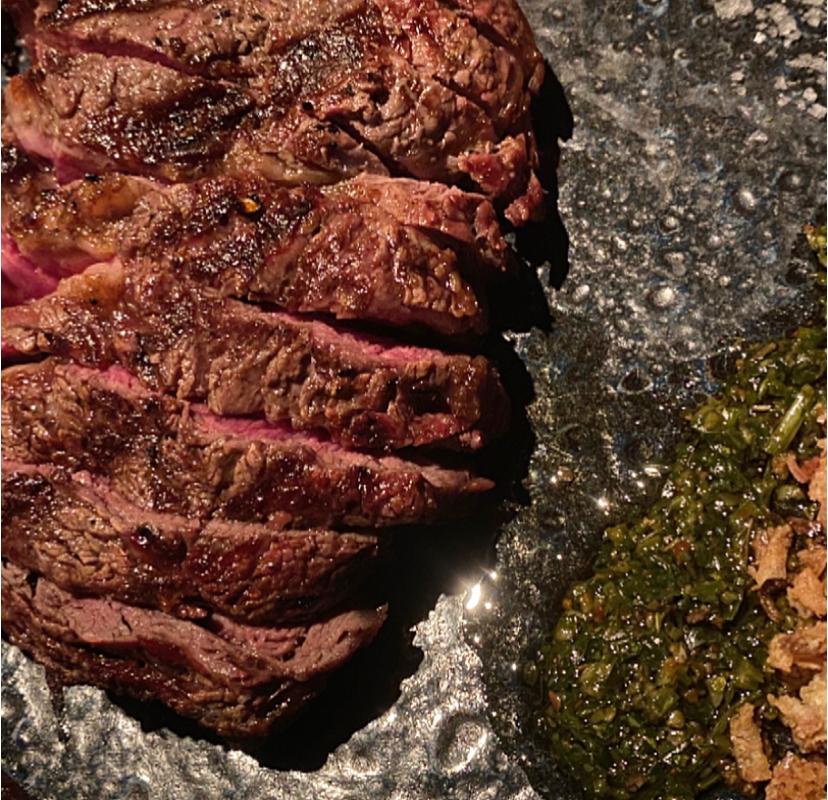 No meat dish is complete without a side. And what sides they were. The charred brussel sprouts were easily my highlight in the meal. Cruciferous vegetables like spouts, cabbage, kale, broccoli and a few others crave acid, which these sprouts receive though lemon and the verde sauce – and sweetness, which the Kitchen is definitely presenting in this dish.

The fries were topped with crispy shallots, coriander and amchur (mango powder) and the baby potatoes sprinkled with dukkah (Middle Eastern spice mix), toum (Middle Eastern garlic dip) and aji panca – you should know what this seasoning is by now.

We closed off the meal with two desserts. Each entirely satisfying for different reasons, one chocolatey and rich – the other moist and refreshing. Cheers LOA, you were fun!

HORECA Reviews are based on the experience of the diners on their particular visit. The nature of these reviews is based on the publication’s expertise in the industry, but also highlights the reviewer’s opinions and preferences. The aim of HORECA Reviews is to showcase culinary talent, to give the hospitality industry insight on their patron’s experience and areas for improvement as well as to celebrate the strive for excellence within the sector. 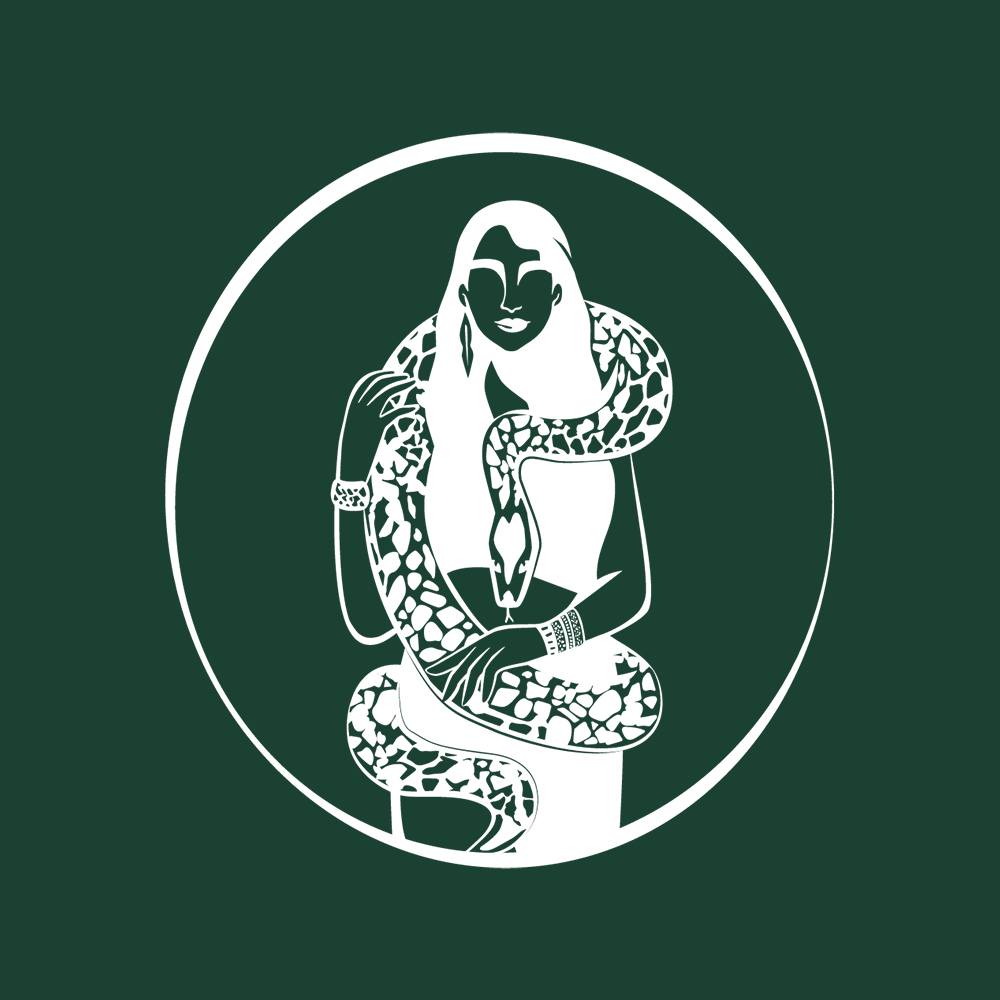